Successful ageing in Asia, digital eco-system in Singapore and primary health care post empowered with tele-medicine in Republic of Korea

Report in Japanese  Report in Thai

Population Ageing has become a global phenomenon and becoming more evident in Asian countries which will be inhabited by 60% of the older population in the near decades. Digitally Inclusive Healthy Ageing Communities (DIHAC) study team hosted an international,  cross-cultural research meeting on 12th October 2022. In this 13th DIHAC meeting, researchers and experts from Singapore and Korea shared their findings on productive and successful aging, field experience in introducing digital technology to the older population, and primary health care and health promotion activities in a remote area of Republic of Korea (ROK). DIHAC study Principal investigator Associate Professor Myo Nyein Aung invited those experts from Japan, ROK and Singapore and arranged an interactive academic meeting. The meeting started with socializing moment acknowledging speakers and participants who were experienced scholars, researchers, experts and PhD students in the field of gerontology, sociology, public health, health policy, and digitalization.

The meeting was chaired by Professor Takeo Ogawa, a well-known social gerontologist and researcher from Japan. More than 50 participants from ROK, Singapore, Thailand, Japan, Malaysia, China, India, South Africa, and the United States attended the meeting. In the opening speech, Professor Ogawa pointed up three priorities for international cooperation in Digital Health for active and healthy aging – data governance, digital inclusion, and interoperability by design. Moreover, he addressed that despite the rapid development of digital technology, the essence of humanism should not be overlooked in the care of older people. 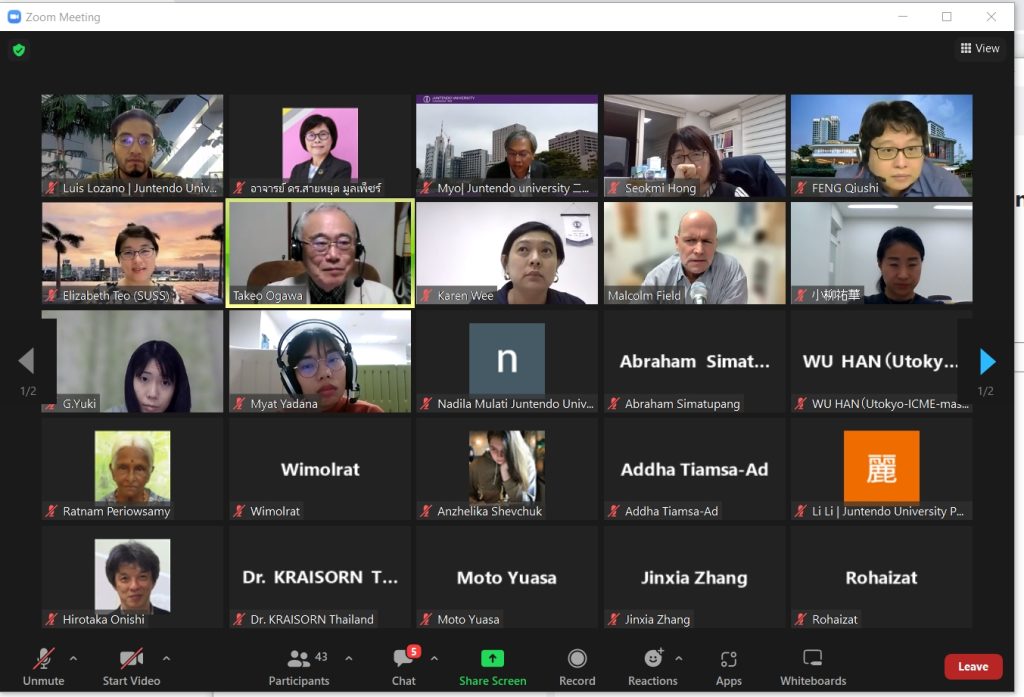 The first speaker of this meeting is Professor Qiushi Feng from the Department of Sociology and Anthropology, at the National University of Singapore, who discussed the topic of successful aging and productive aging in Singapore. Baby boomers after the Second World War have now entered the years of old age, and the number of older people is predicted to be increased in near future. Singapore aimed for its older population to age with dignity and remain involved in society so that the seniors could have a successful and productive life even in old age. Successful aging, according to the definition, often encompasses physical, cognitive, and emotional well-being as well as social functioning, life engagement, and life satisfaction. However, the role of culture played a crucial role in perceiving successful aging and it should be noted that the Asian context is different from the Western one. In the mixed-method study of Professor Feng and colleagues, how successful aging is perceived by Singaporean was studied and the result indicated that Singaporean older people regard self-sufficiency and independence as indicators of successful aging, whereas being cared for by children is also seen as a standard of successful aging. This seemingly contradictory pattern could be a unique mindset shared among the Asian older population. Different from successful aging, productive aging has an innovative direction in which skills and knowledge are utilized for the mutual-beneficial relationship between the society and older population. As the number and proportion of senior workers in Singapore increased in recent years, lifelong education for seniors is required for a better fit in and contribution to society in terms of productive aging. Professor Feng and his team designed the Lifelong Education for Aging Productively (LEAP) project in which productive activities, as well as non-productive ones, will be studied holistically, and health, social, and cultural determinants are investigated, with a life course perspective.  Through this study, the productive aging practices of older people in Singapore and the influence of changing aging policies on lifelong learning and skill development are aimed to be explored.

The research discussion is followed by the field experiences from Singapore’s leading aging care agency Lions Befrienders (LB). Lions Befrienders has been serving the care of seniors since 1996 together with a variety of programs in senior-centric approaches to reduce the isolation of lonely seniors and enable them to age in place. However, the activities of LB were shifted to virtual platforms during the circuit breaker of Singapore in response to the Covid-19 regulations. Ms. Karen Wee, the executive director of LB explained that the sheer number of volunteers and staff could not effectively cover the care of services for 8000 seniors registered at LB and the seniors might undergo accidents or require needs without the notice of befrienders. With the aid of the Ministry of Health, LB distributed tablets to the seniors which contained a system called I-OK, an ecosystem that allowed seniors to self-monitor and report their personal well-being and assure family members of seniors’ safety. The I-OK system later developed into a holistic ecosystem including health indicators, education materials for digital skills and digital security, games for cognitive functions, videos and photos for recreation, and a NOK system connecting the seniors with family members. Additionally, LB is the first social service agency to utilize artificial intelligence in facial screening for the diagnosis of mental health issues in the older population. Ms. Wee also pointed out that some seniors faced psychological fear of using digital technology due to low literacy, however, visual features and multiple language support of the system accelerated seniors’ adoption of the system and overcome seniors’ fear of dying without dignity. The ecosystem is not only introducing the use of an app or a digital device, but it also combines holistic health approaches with digitalization allowing seniors to enjoy socially connected, active, and successful silver decades of their life. It is an empowerment model to observe further. 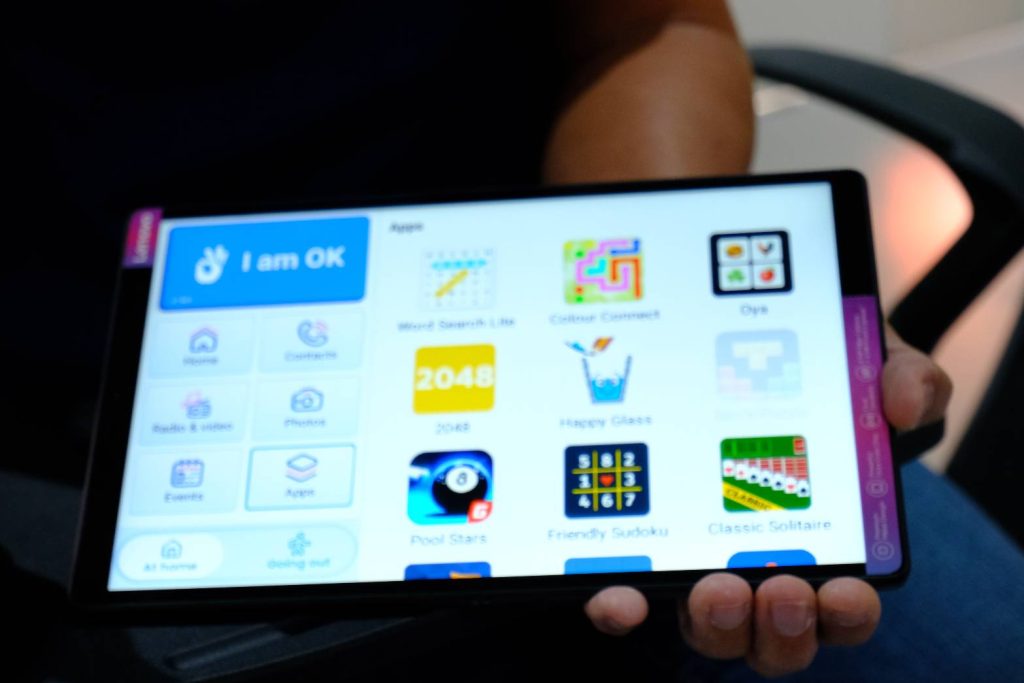 Figure 2: The I-OK system in a tablet distributed by Lion Befrienders, Singapore 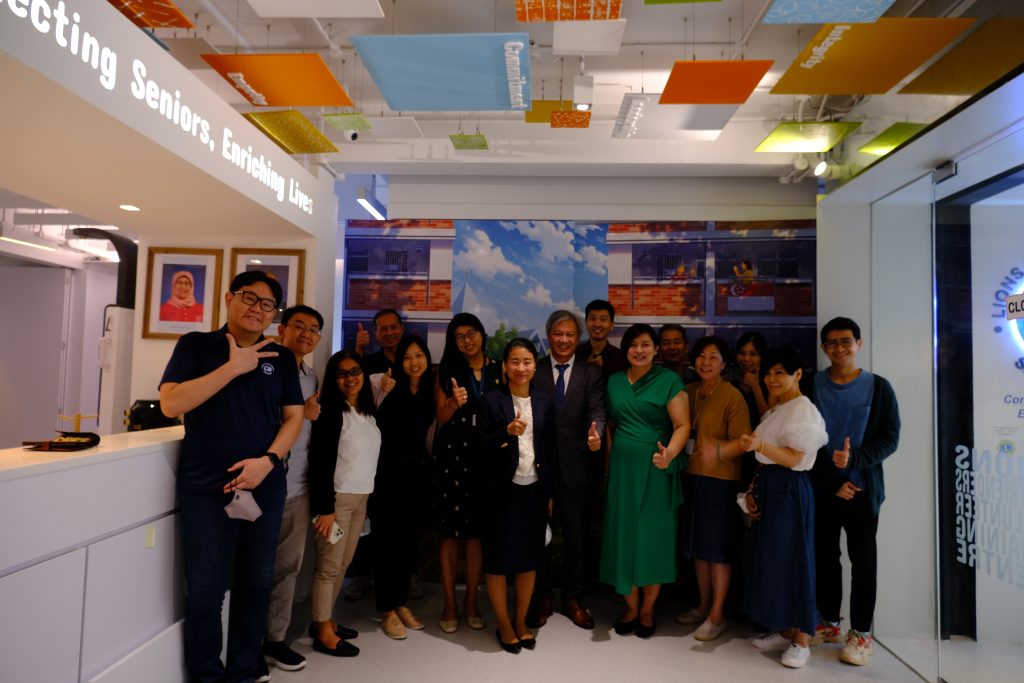 The last presentation is from Ms. Seokmi Hong, a community health nurse practitioner from the Republic of Korea. Ms. Hong elaborates on the current situation of the primary healthcare post in a remote area of Korea which provides primary medical care, health promotion, infectious disease control, and home visiting healthcare. The primary healthcare post covered a population of 1077 with 40% of people over 65 years under the care of one community health nurse. Telemedicine has been integrated into primary healthcare and seniors could get teleconsultation with doctors and specialists at the primary care post. A variety of health promotion activities for seniors are offered to individuals and groups. Programs such as the walking program and meditation calendar have shown effectiveness in reducing depression and improving memorizing things. The visiting care in the primary healthcare post is supported by homecare and multicenter care according to the needs of the patients. As a gatekeeper of disease control and health promoter for healthy and active aging in remote areas, the efficiency of healthcare personnel could be increased with the integration of digital technology in service delivery.  Solo nurse, empowered with telemedicine at community health post is an interesting new model in ROK to observe further. It is the leap into DIHAC applying human-digital collaboration, and nurse-facilitated digital inclusion for healthy ageing. 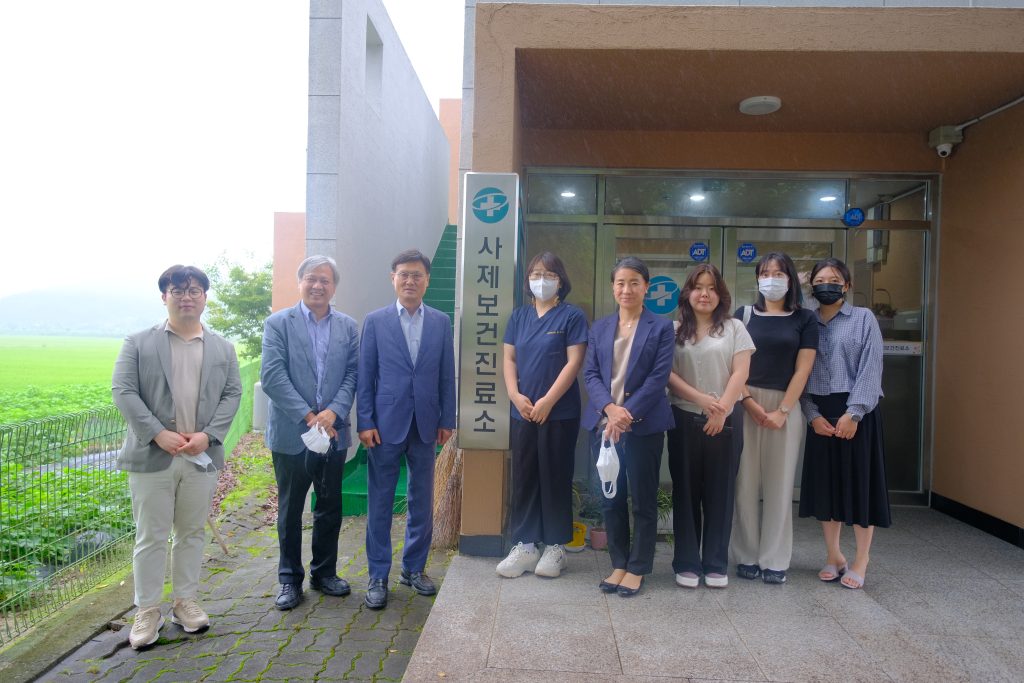 As the life expectancies of people are increasing, it is crucial to have a healthy life expectancy without disabilities, and dependency and be socially active while doing self-value things. With longer healthy life expectancy, seniors could have economically productive years with lifelong learning. Taking the advantage of advancements in technology, the well-being of seniors could be monitored holistically, and the shortage of health human resources could be resolved especially in times of pandemics.